I was sorting out my projects folder today when I came across this. One of my first original projects from 6 years ago (2009) simply dubbed "rpg-one". The aim was to create a top-down action RPG. It was my first fully planned project with priorities; a first for me at the time after months of overly ambitious abandoned projects. 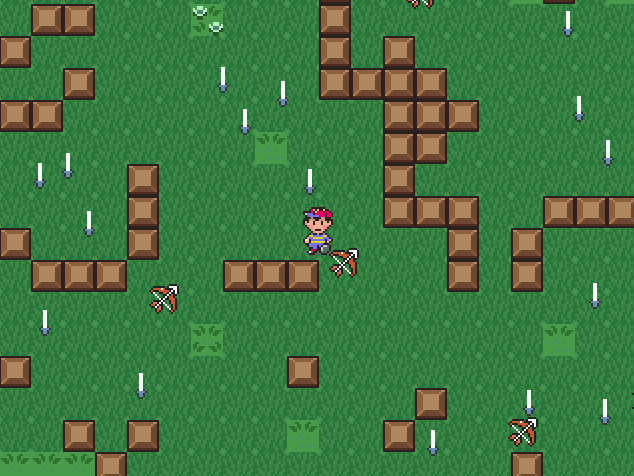 Don't really know why I stopped working on it. I remember getting stuck on something, probably collision detection involving multiple objects.

The sprites used to be the Hero and some Slimes from Dragon Quest but I swapped in Ness (from Earthbound) to test hitboxes where the height of the sprite is double that of the hitbox. I'm terrible at art so I used placeholders from commercial games just so it looked decent enough and kept me motivated.

Art is probably my biggest de-motivator right now and it's difficult to overcome. I want to learn to draw, but I also want to be a better programmer. It's easier to keep improving my programming skills since I'm not starting right at bottom, unlike art.

The game's design and planning documents are still here. I even have video recordings of its progress. Maybe I should continue working on it or at least build on it. It's written purely in Java using its standard libraries, meaning it performs terribly when there's too many entities on the screen. But it should be simple to migrate everything to something else.

Anyway, this project was probably the biggest milestone for me in terms of game development. I learnt a ton from it: handling menus, collision detection, game physics, separating rendering from game logic and more.